I am a professional voice actress and singer, and a “vocal acrobat”.

My lightweight soprano voice can be aerial and sparkling like a bubble, dynamic and complicit like a zest, institutional and reassuring as a halo, or cartoon like with a shine of laughter.

I represent big brands such as Orangina, Signal, SNCF, Axe amongst others, for TV, radio and cinema. I also embody some great cartoon characters: “Little Brown Bear, Tom Tom and Nana , a Bug’s Life (Walt Disney) and lastly the Fifolette Fairy. I use my voice to produced spoken, sung, or dubbed audio, whatever the form needs to be.

Since 2000 I sing in studio and on stage professionally.

In 2001, I had the opportunity to record the whole album of Tom Tom and Nana’s “Concert Eskeptionnel“.

I was then projected into the world of the acting voice, which revealed by my imagination, my psychology, but also my little grain of madness. I always find the intention that makes you laugh, that is touching, that makes you dream and that is the ONLY WAY.

Later, in 2007, I trained at the radio at “Ina“, I discovered animation and radio journalism, I landed at “TSF Jazz” where I reconciled my passion for voice, writing, reporting on the ground and the adrenaline of live radio.

Today I participate regularly in workshops of “initiation to radio journalism” for children proposed by “Globule radio” in Chamonix. The transmission is on the way.

Despite my experience and my international education, I define myself as a “french voice“, I can not hide it ! I recorded a “Shiseido” commercial for Japan.

I speak and sing in English, German, Italian, Hebrew, Arabic, but always with “french touch”.

Besides being the voice acrobat, I also have a great attraction for the circus arts, I practice equestrian acrobatics at a very modest level and in a future life I will be real acrobat  😉 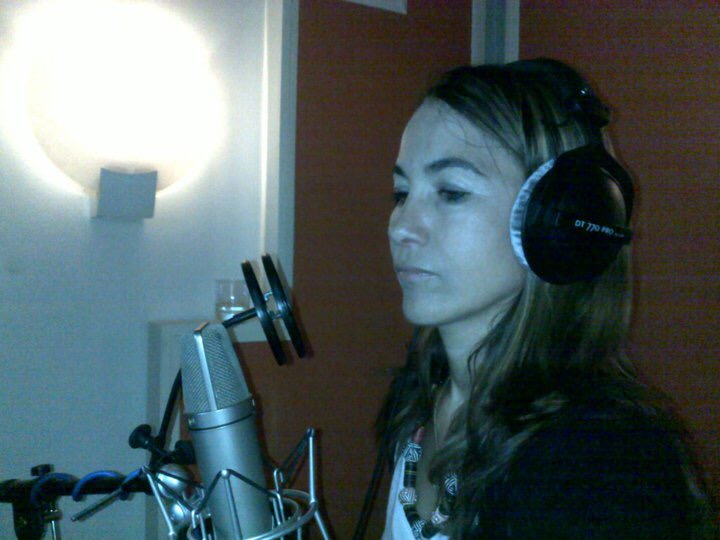